Hey folks, I just read this article about a bill in California. Not a GMO bill. Not a gestation crate bill. A bill about videoing livestock.

The bill is California Assembly Bill 343 and it forces those who video animal mistreatment a mere 48 hours to report it to local authorities such as the sheriff’s department.

You may think – wow! That’s just like the  bill that was submitted in Iowa that outlaws people from coming onto the farm and videoing the livestock…but it’s not. This bill forces action in a timely fashion instead of videographers waiting until a more opportune time to submit the footage. It doesn’t make it illegal for those wanting to go undercover to gain employment but does place some pressure on their motives. 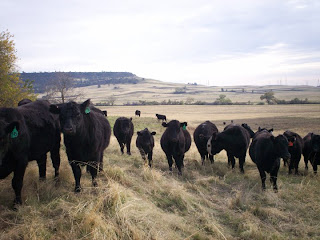 The auction yard owner quoted in the article says he supports the bill because “I want to know if we’ve got a problem…let’s do something about it now.”

Read the article and then comment below what you think – do you think the bill is good for agriculture or bad?

And don’t forget about the giveaway – entries close on Monday night. Head on over there and check it out!

Until next time,
~ Buzzard ~